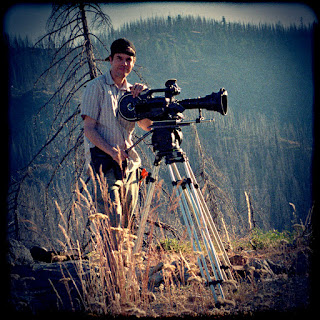 Critic Graham Fuller summed up the work of writer-director-producer CHRISTOPHER MUNCH by stating that his films “meditate quietly on the perennial struggle people face in communicating with those they love, on mortality, on the role of memory in the mosaic of conscious­ness, and the evanescence that drives his restless protagonists to grasp futilely, and often nobly, at impossible dreams.” Critic and cinema historian Jonathan Rosenbaum called him “one of America’s most gifted independent filmmakers.”


Munch’s most recent feature, the wilder­ness drama Letters from the Big Man (2011), was a New York Times Critics’ Pick and featured a lauded central performance by Lily Rabe. Five of his features have played at Sundance, and his first, The Hours and Times (1992), a speculative biopic about Beatles’ manager Brian Epstein, won a special jury prize there. An impossible dream was the overarching theme of Munch’s sec­ond feature, the period landscape drama Color of a Brisk and Leaping Day (1996), based on the true story of a young trolley mechanic who tries to save a doomed short-line railroad to Yosemite National Park. Munch then undertook the sprawling, unconventional mother-daughter story The Sleepy Time Gal (2002), which Kevin Thomas in the Los Angeles Times wrote “has a depth, range and subtlety far greater than most American films” and which David Ansen of Newsweek upon its release stated was Jacqueline Bisset’s “finest performance.” Munch followed this with another unconventional family dissection, Harry and Max (2004), about two pop star brothers.

He is a past Guggenheim fellow, recipient of the Wolfgang Staudte Prize at Berlin, winner of two Independent Spirit Awards, including the “Someone To Watch” Award, and has been featured in two Whitney Biennial exhibitions. He has received competitive awards from the Alfred P. Sloan Foundation, Creative Capital Foundation, The American Film Institute, The Merchant and Ivory Foundation, and others.

Writing in the magazine CinemaScope, critic Bérénice Reynaud described Munch’s cinema as “like an echo chamber, painstakingly recreating the most minute aspects of our exis­tences . . . moments of private longing that we cannot describe even to ourselves. . . . [H]is cinema explores the traces left by forgotten (or not-so-forgotten) lives, their often-secret impact on the lives of others and their intricate contradic­tions; he poetically recreates what made them unique rather than generic.”